Terror washed over her as the realization hit- There was no trash can in this bathroom!

Panicked, Martha stood frozen for a few seconds, mind racing.  Flushing just was not an option.  Aside from the environmental concerns, the city plumbing just could not handle this sort of activity.  She didn’t want to bring down the entire plumbing infrastructure of her host!

She took the offending item and wrapped it in more toilet paper.  Slipping it up her sleeve, she crept back to the dinner party.  Feeling as if she was on some sort of covert mission she made her way to her handbag, which was hanging on the back of her chair.  There, the handbag smuggle operation was complete.  Doing the right thing sure was stressful.

Had anyone noticed the transfer?  Even worse, did anyone smell it?

This was not an exchange of highly sensitive documents or equipment.  It was a used tampon.

After searching in vain to find some product that would ensure she would never have to experience such awkwardness again, and surveying friends about what they do when faced with disposal of used tampons or pads, Martha Silcott realized there were no disposal products for used feminine care items.  She also discovered the horrifying levels of pollution that flushing period products causes in our rivers and oceans.  In the United Kingdom alone, 2.5 million tampons and 1.4 million pads are flushed every day.  When sewer systems fail, these can end up in rivers and oceans.

She then made up her mind.  She would create a solution.  FabLittleBag was born.

FabLittleBag is a multi-purpose, sustainably sourced, sealable, opaque disposal bag.  FabLittleBags are made of plants and recycled plastics, supporting the circular economy of waste.

After some time of letting her idea germinate in her head, with the particular challenge of how to make the bag able to be opened one-handed, Martha had her eureka moment during a series of snatched spare minutes here and there during mundane daily activities.  Martha took a sandwich bag, some Sellotape, and a staple, and there she had her rough version of FabLittleBag.

Some years later she applied for a patent.  She then created a handmade prototype out of black trash bags (or bin liners, as they say in the UK), and double sided glue.  She contacted nine different plastic manufacturers in the UK and went to visit them.  She asked each one if they could make this bag for her.  Every single one said “No”.

After quite a few stumbling blocks, to include the financial crisis of 2008-2009, progress stalled.  Eventually, after seven years, her patent was granted.  This pushed her back into the challenge of finding a manufacturer.  She revisited one of the companies that had previously rejected her, now under new management.  This time the answer was a resounding “Yes!”

One little catch though.  The manufacturer did not have the machinery required to make her bag.  The solution to this obstacle came from a machine manufacturer in Malaysia, where Martha then had a machine built from scratch.  No small feat.

FabLittleBag launched in November 2015.  They are currently made from 60% sugarcane waste, 30% recycled LDPE, and 10% renewable cornstarch.  Since a lot of sanitary waste is incinerated or ends up in a landfill, the goal was to be sustainably sourced.  Martha wanted to ensure that the bags were made from the best materials with the least negative impact on the environment.  She accomplished this goal – even the glue on the bags is vegan!

Since launching the FabLittleBag, approximately 10 million bags have been sold and sales are growing exponentially each year.  The bags can be used for not only discarded tampons and pads, but additional items such as condoms, tissues, wipes, and the modern, smaller incontinence pads.  The list of uses for the FabLittleBag is endless.

Martha didn’t stop there.  In March 2022 the HyGeeni bag made its entrance into the world!  The HyGeeni is a much larger multi-purpose disposable bag for items such as diapers, incontinence pads, personal medical devices like ostomy bags and catheters, as well as other eclectic uses.  The HyGeeni has been very warmly received, especially by those in the ostomy community whose only option previously were terribly thin, plastic dog food-type bags.  The HyGeeni helps people dispose with dignity.

Doing the right thing shouldn’t be stressful.  Out of an embarrassing incident at a friend’s house, an idea was born.  That idea was then transformed into a creation, through patience and persistence.  In today’s world, it is easy to find obstacles.  Martha Silcott not only identified a problem, she created a solution.

This article was originally published on OpsLens.com.

It’s no secret that human beings are bad for most things environmental, right? But what if we used our brains to come up with ways to FIX problems, not just whine about them or create more of them?

In this day of rampant virtue signaling, I’m happy to share news about a company and people who are really DOING something about plastic pollution in the ocean and waterways. Thanks to an introduction from Kerrin Black of Talentfinders, I was able to share RanMarine Technology’s story here….

My goal with my new series is to reach as many young, new readers as possible and teach them about ocean life. Celebrate World Oceans Day with Shelly Beach – A Manatee Miracle, the first in The Adventures of Shelly Beach series.

(There may even be a magical paddle boat involved!) 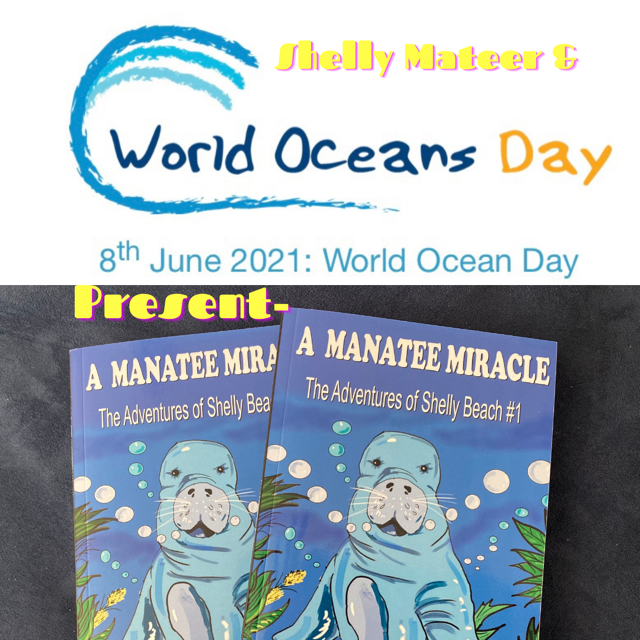 What better day to launch my latest book than Biodiversity Day 2021!

Today is the official launch of my latest book, A Manatee Miracle. The first installment in The Adventures of Shelly Beach series, A Manatee Miracle introduces us to Shelly Beach and her family as they move to the Florida Keys. A friendly manatee leads Shelly and her brother Sunny to a magical paddle boat and on to save the fragile environment they have come to love. #ForCoral #ForNature

It’s an elementary-grade chapter book for new, young readers. The print copy comes in large font, to assist those computer-strained eyes. With so much being done on the screen these days, I know firsthand how much damage can be done to eyesight.

My hope is that the series will teach young kids the value of wildlife, nature and the ocean in a fun and magical way.